Our journey through Europe is coming to an end!! Unbelievable how this first part of our journey went by so fast! Approximately 5500 km through 8 countries in 3 months! It feels like it was only yesterday when we were anticipating our departure in Ireland, daydreaming about which places we would visit, who we would meet, how our life on the road would look like and how it would be to travel without taking any airplanes.

We’re about to leave Europe and the western civilization behind us to discover new cultures, new countries and a new continent: Asia! Our first stop is Turkey. It’s the country we’ve been looking forward to the most. We’ve been studying Turkish for nearly a year now and we’re finally getting the chance to practice it during the three months we’ll be spending in Turkey. We’ve enjoyed our travels in Europe a lot but it feels like it was only the preparation for the journey that is yet to come. Let the real adventure begin!! 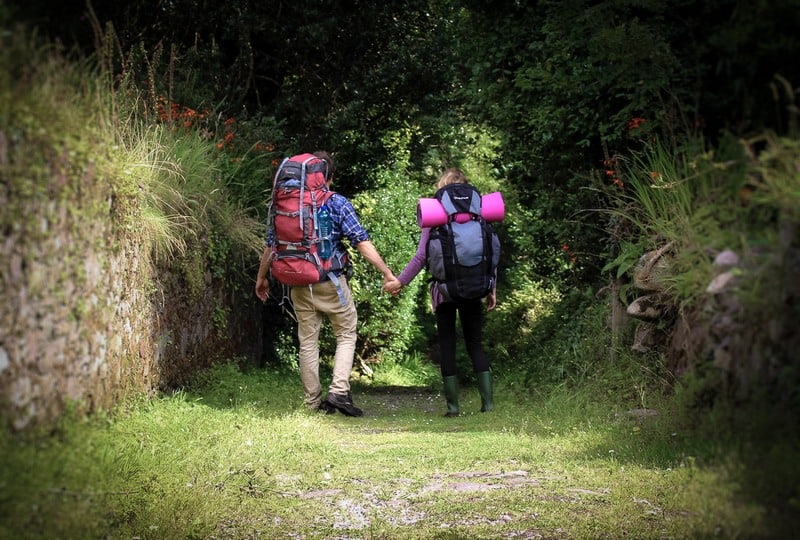 At the start of our journey in Ireland

This being said, we nearly missed our boat to Turkey!! Our ferry from Rhodos (Greece) to Marmaris (Turkey) was leaving at 2 pm. We left the house of our couchsurfing hosts quite late so we only had 30 minutes to walk to the port. Not a good move and we hate being in a rush. We arrived in the port at 1.45 pm, 15 minutes before departure time. For some reason, we couldn’t find our boat and then we realized: we were in the wrong port!!

We had to go to another port which was on the other side of town! We started running which is not so easy when you’re carrying two backpacks… We had only 10 minutes left! Niko stopped a taxi and we jumped in the car. 5 minutes later the taxi dropped us off at the right port. The driver was so kind, we only had to pay € 3. We were just in time to catch our boat! That was close! If we would have missed this ferry, Niko’s visa for Europe would have expired on the day the next ferry would go. He was very lucky while leaving Ireland on an expired visa but we didn’t want to push his luck this time.

Our boat was an old-school ferry. Very charming if it wasn’t for the strong wind and the big waves. The little thing was swaying up and down and left and right. You could barely walk on the boat without holding on to something. A lot of people were laying down to prevent seasickness. I just sat in my seat, closed my eyes and hoped for the best. Niko’s sea legs are stronger than mine but even he had a moment where he felt dizzy. Luckily the sea became calmer the closer we came to Turkey. It was eventually safe enough to catch some fresh air on the deck without risking a salty shower or been thrown overboard. The journey lasted 2,5 (very long) hours but we arrived safe and sound in Turkey! And so part two of the adventure around the world begins!

There’s always sunshine after the storm!

And here it is! The last video of our journey in Europe!

7 thoughts on “Leaving Europe in a hurry by boat.”