How did our lives look like before Niko and I were nomads? And why did I decide to adopt this particular lifestyle? I will tell you all about it in this article.

I’ve been a nomad for almost seven years now. Seven years! That’s actually quite a long time when you think about it. Somehow, it seems like it was only last year when I took my backpack and boarded the plane to Australia. Time goes fast when you enjoy it! Back then I didn’t know that my trip Down Under would change my life completely and that years later I would still be on the road. 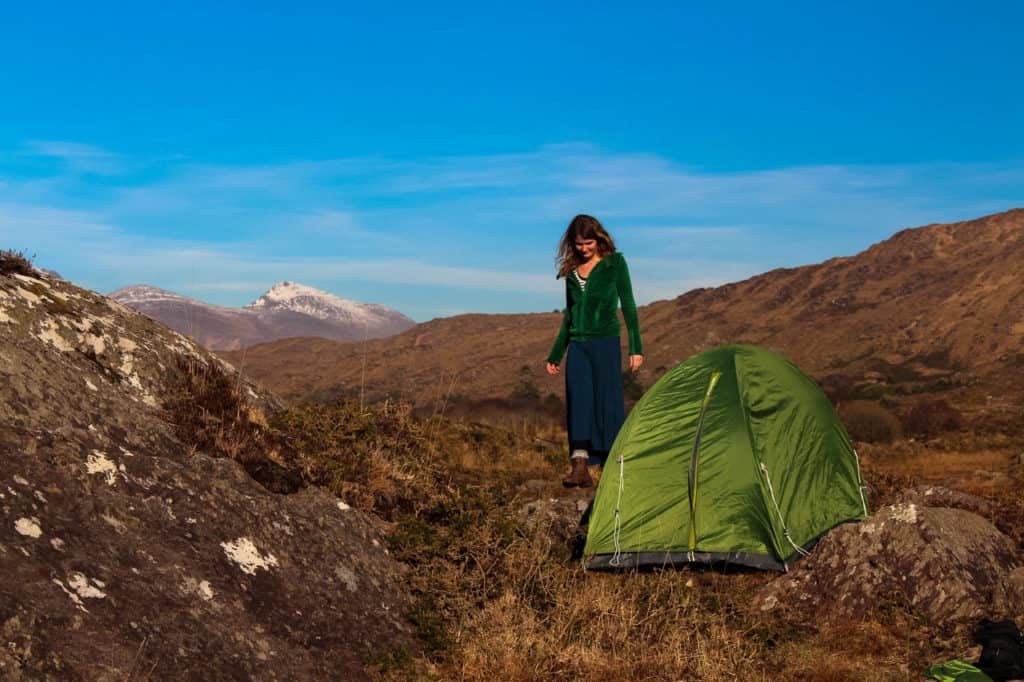 Niko has been on the road for even longer. He started traveling when he just turned 18, now almost eleven years ago. At that moment he didn’t know either that this would become his lifestyle, although it wasn’t such a big adaptation for him as it was for me. He grew up in a house without electricity or running water in the Canadian forests so he already had an unconventional life even before he started traveling.

How did our lives look like before we became full-time nomads? You’ll find out in this video (you’ll also see footage of where Niko grew up):

Although I tell you in the video what my life looked like before I was nomads, I want to go a bit deeper into why I decided to call the road my home and never looked back on a conventional lifestyle.

As you could hear in the video, I used to live a ‘normal’ life. I studied for six years in college to become a primary school teacher and I also got a bachelor diploma in psychology. I enjoyed my studies (I especially liked psychology), but something started gnawing at me. It didn’t feel quite right.

Was I ready to start the ‘real’ life? Did I really feel like building a career and earning money so that I could buy a house, get married, start a family and save money for the day I would retire? Nope. 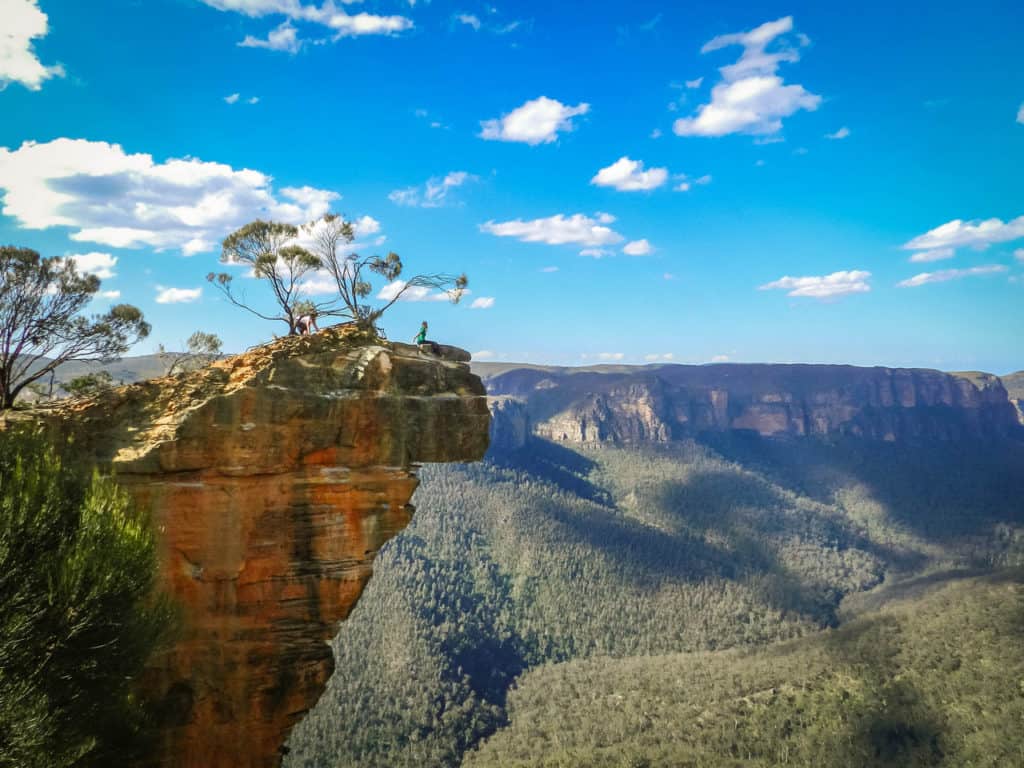 I felt more like ‘living on the edge’ (Blue Mountains, Australia, 2012)

When I graduated, I quickly found a job as a special needs teacher. It consisted of teaching children with learning difficulties and behavior problems. I also lived with my former boyfriend in a cozy apartment on the coast. I had everything to be happy. I had a respectable job, a sweet boyfriend, a big circle of friends and a well-established routine. You could say that I had made a good start in this ‘adult’ life.

But I wasn’t happy. My life felt meaningless. I liked teaching, but my heart wasn’t completely in it. I also didn’t like being stuck in a routine in which I had to work from Monday to Friday, and nicely follow rules that were imposed on me. I was also having a hard time with the way the (Belgian) educational system worked, which I discuss more in detail here.

On Mondays, I was already looking forward to the weekend. But when it came, I often felt too exhausted to do anything. I used to go out a lot but this also started feeling meaningless. Why would I want to spend the money I made during the week partying? The only thing I really enjoyed, was going with my friends to the beach or going for a long walk in the forests or fields. Those activities reinvigorated me.

I guess you can read between the lines that I was suffering from depression. In the hope of feeling better, I started changing things. My boyfriend and I broke up after a seven-year relationship, I stopped working as a teacher, I moved to Bruges where I started living with my two best friends and I did several jobs (which had nothing to do with teaching ). Somehow I tried to get more purpose in my life. But whatever I did, I experienced a feeling of emptiness in my soul and I just couldn’t understand why I was so unhappy.

To make a long story short, after a few years of searching and turning in circles, I decided to take a break. I went for two months to Ireland in search of some peace. Through an online volunteering platform, I ended up staying on a small domain in the middle of the Irish woods, a place the owners (Elly & Roderic) had lovingly called Temple Grove. There I helped them create a spiritual retreat, where people can meditate in nature and reconnect with themselves. In return, Elly and Roderic helped me find peace and taught me the art of listening to my heart and soul.

One of the many beautiful gardens in Temple Grove

If you’ve been following us for a while, you’ll recognize this place from the story about how Niko and I met: Ask and it is given, an uncommon love story. It’s also the place where Niko and I spent our first year together. Watch this video and read more about Temple Grove here.

During my stay at Temple Grove, I came up with the idea of traveling for a longer period of time. After those two inspiring and recharging months in Ireland, I returned to Belgium with the intention of working hard for several months and saving up for my next trip. At first, I didn’t have any idea where I wanted to go, but when I heard that I could travel in Australia for a year on a working-holiday visa, the decision was quickly made.

I thought that one year on the other side of the world would be enough for me and that, when I would return to Belgium, I would be ready for the ‘real’ life. But that wasn’t the case! That year changed EVERYTHING for me. Traveling gave me the feeling that I was living life to the fullest. I met a lot of like-minded people and I discovered how to make money while traveling.

What was supposed to be one year of travel, eventually became two. When I finally returned to Belgium, I just knew that I wanted to be a nomad. The rest is history. I’ve now been on the road for seven years and haven’t regretted this decision one moment.

In my opinion, living a ‘real’ life means having a lifestyle in which you feel happy. It actually doesn’t matter what you do. As long as you feel alive, you’re also giving meaning to life. Right now, I’m happy being a nomad and who knows, maybe one day I will feel like settling down somewhere. The most important thing for me is that I’m doing something that makes me happy. That’s living the real life.

Read more stories about our life on the road here.

Are you happy with your current lifestyle or what would you like to change about it?
Would you like to live as a nomad or do you prefer to have a home base out of which you travel?
Let me know in the comments below!