There is a mystical place in Greece called Meteora. Above the towns of Kalambaka and Kastraki 24 giant rock formations reach nearly 400m into the sky. Monasteries are built on the top of those huge rock pillars, which are breathtakingly beautiful. No wonder that Meteora literally means ‘middle of the sky’, ‘suspended in the air’ or ‘in the heavens above’. Some destinations look dreamy in photos but might be disappointing once you get there. This is definitely not the case for Meteora!
We were very lucky to spend 4 days there, in the company of a local storyteller named Hercules and his wife. Yes, 4 days in a mythical place together with Hercules. Can it sound even more legendary?! And if you would wonder… we visited Meteora for free!

Giant rock pillars tower above the town of Kastraki 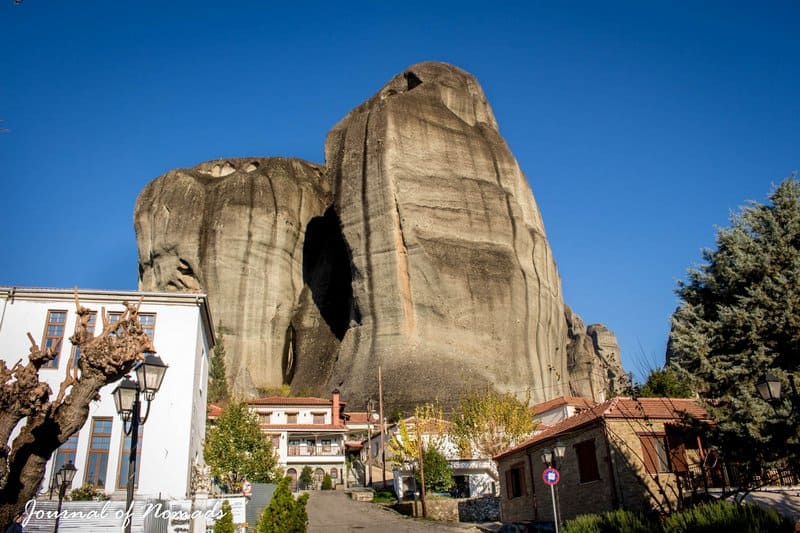 The pillars overshadow the village

How did Meteora form? Why does it look like a landscape from Star Wars? There are many stories and theories about how those giant rock formations were created but none has been fully proven. According to geologists the area of Meteora was once the estuary of a large river (I’ve also heard it was a sea). Matter and stones from the northern parts of Central Europe were brought by the river/sea, and came to rest in the estuary. When geological changes took place tens of millions of years ago, the water in the estuary was emptied and the stones emerged. Over millions of years, corrosion and other geological changes shaped the stones into the form we see today. It was a powerful experience to walk through this ‘rock forest’ knowing that it took nature such a long time to create this magnificent work of art. 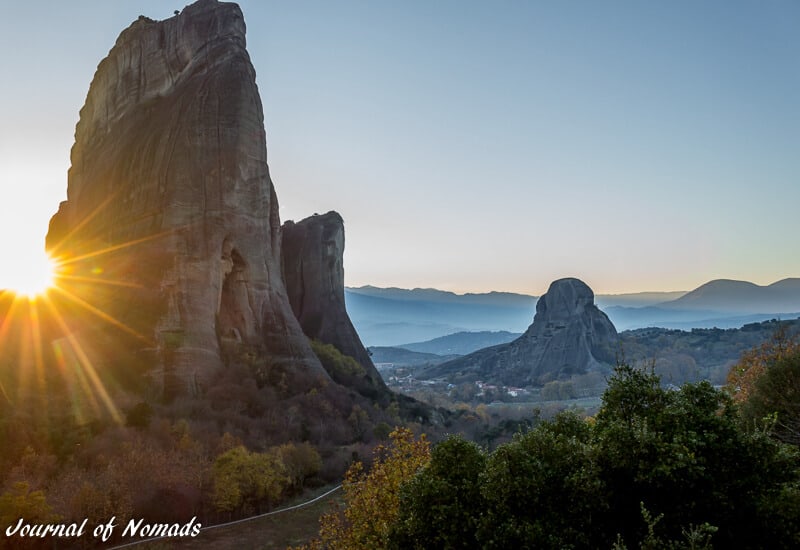 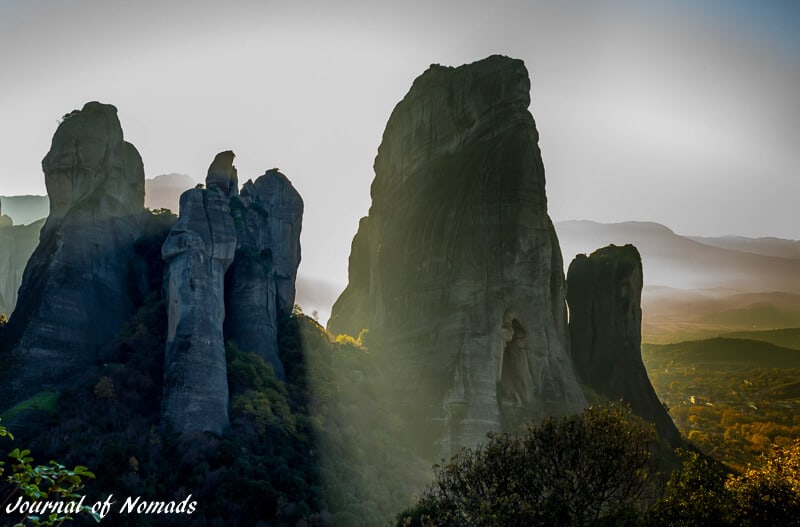 Although the scientific explanation makes a lot of sense, I prefer the mythical tales about their creation. One of stories tells how the Olympian gods created the rocky pillars while playing games and pushing their fingers through the earth. It’s for sure a heavenly and spiritual place. No wonder that monks came to live on those peaks around the 11th century to bring themselves closer to God.
They first lived in caves, the first monasteries were built several centuries later.

Do you see the holes? Those are the caves the first hermits lived in!

The first monasteries were built by Greek Orthodox monks in the 14th century. Instead of building inside the caves, the monks constructed the monasteries on top of the pillars as sanctuaries that isolated them from every day life, a protected refuge from danger (although, balancing on top of a 400m high pillar seems dangerous to me) and most of all, a way to be closer to the heavens. When you see those beautiful constructions so high up, you really wonder how they managed to create them. They must have risked their lives! Think also about the fact that the only access to the cliff tops was by climbing long ladders which were lashed together or getting hauled up vertically alongside 373 meters by large nets. We climbed one of the mighty rock pillars, named ‘the Holy Spirit’ and by the time we reached the top, we had to catch our breath. The monks were not only very fit, I suspect they had a secret passion for extreme sports!

On top of the Holy Spirit

The home of some very fit monks and nuns!

There used to be twenty monasteries. Today six of them are still active and two are inhabited by nuns. Luckily you don’t have to risk your life anymore entering the monasteries by climbing on an unstable ladder. They are easily accessible by staircases. It’s an energetic climb up but once you arrive on the top, you understand why the first hermits were so determined to reach Meteora’s peak. The monks and nuns who now live there say they wouldn’t dream of living anywhere else. I felt a very sacred energy up there. You would indeed get the sensation that your prayers will reach God more quickly (even if you don’t believe in God, you definitely feel the presence of something ‘higher’).

Nowadays monks and nuns still live in these monasteries 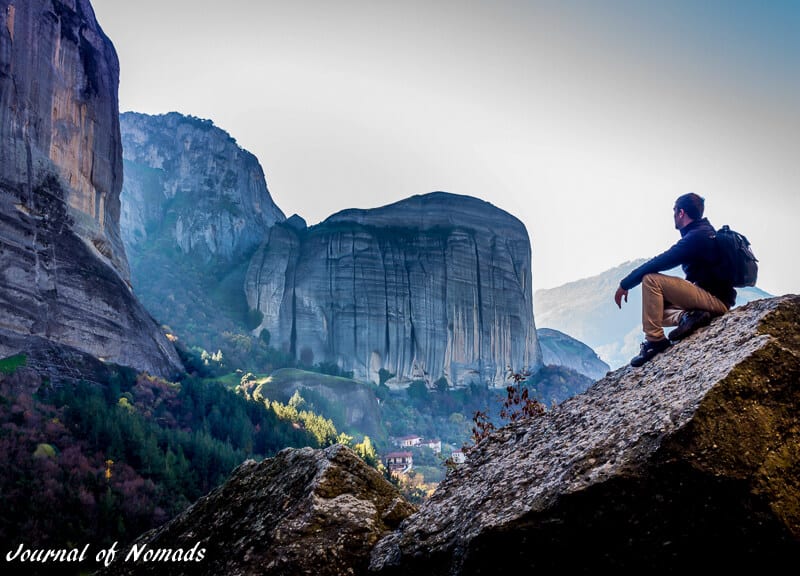 Thanks to Hercules we had a marvelous time in Meteroa. He welcome us in his home where we enjoyed a warm bed and the delicious meals his wife made for us. He also showed us the little walkways where tourists don’t come and told us many interesting and fun stories and legends about the rock pillars and monks. I would suggest you to go and visit Meteora and Hercules to experience the same magic like we did!

Have you ever been to an unusual destination that you would recommend us to visit?

We can share with you already a little of the magic in our vlog:

25 thoughts on “Meteora – an unusual place in Greece where monks love extreme sports!”