Vardzia is a spectacular cave monastery near Aspindza in southern Georgia. It looks like one of the movie sets of Lord of the Rings, but it is not the home of dwarfs but of many monks. This underground monastery was built in the 12th Century, under the reign of King Tamar, the first woman that was ever crowned as a king (not a queen!) in Georgian history. 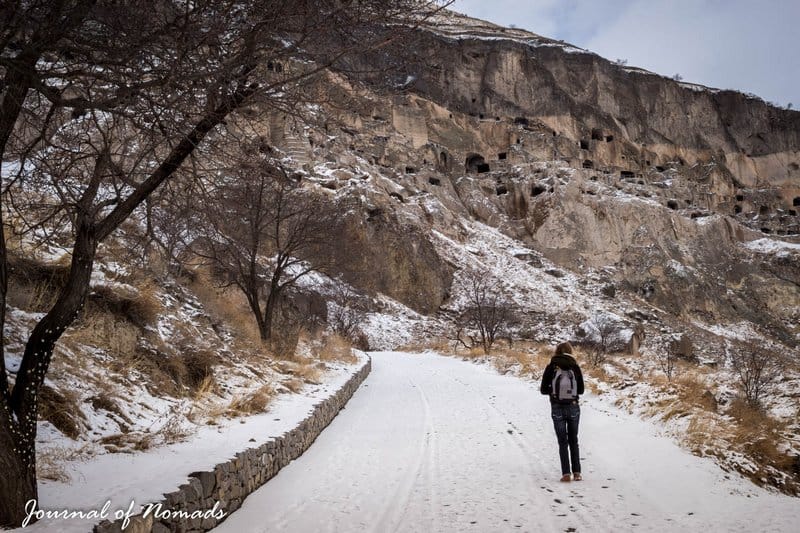 In the late 1100’s the medieval kingdom of Georgia was constantly under threat of the Mongol Empire. To help her people avoid the Mongol onslaught, Tamar ordered the construction of an underground sanctuary and secretly they started building this fortress under the Erusheli mountain. It was a gigantic job but the people worked hard with the determination that their culture and lifestyle should not be destroyed by the invading Mongols.

This underground fortress eventually had 13 levels constructed with natural caves and contained over 6000 rooms, including a throne room, a reception chamber, a meeting room, a bakery, a forge, chapels and a huge church. The only way to get to this underground city was through a secret tunnel which started at the nearby Mtkvari River.

You might wonder how they survived here. The land on the outside of the hidden monastery was extremely fertile. The monks created a self-sustainable lifestyle by creating an irrigation system of terraced farmlands so they could produced their own food. Some tunnels had irrigation pipes that still bring drinkable water. They weren’t short on wine either because the cave city had about 25 wine cellars containing 185 wine jars.

Sadly enough the glorious days of Vardzia didn’t last very long. It kept the Georgians safe from the Mongols but mother nature is unbeatable. In 1283, only 100 years after its construction, a devastating earthquake literally ripped the place apart and destroyed more than two-thirds of the city and the remaining caves that were once hidden became visible.

To finish the (hi)story of Vardzia, here’s the myth of how it got its name: one day Tamar went out hunting with her uncle Giorgi and got lost in the caves. When Giorgi called out to her, she replied “ac var dzia”, which is Georgian for “I’m here uncle”.

It was an awesome experience to be there in winter. Vardzia looked so beautiful wearing its coat of snow! Despite the freezing cold, it was worth the visit! Especially since there was almost no-one around, except for a few locals who visited the church to pray. 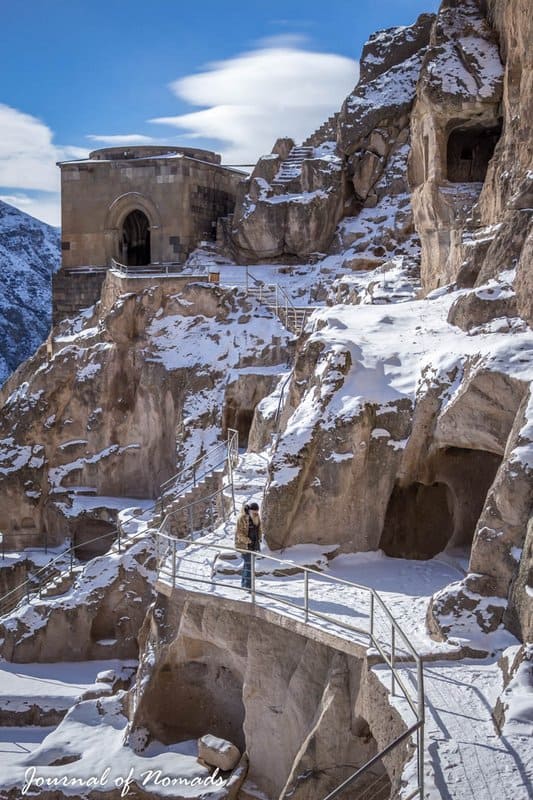 Our visit was extra special as we were being followed by the film crew of the Georgian TV station Rustavi 2, who were making a documentary about our journey! While we were walking through the labyrinth of caves, all Niko and I could think about was how tiny the people must have been to crawl through this network of tunnels, guided by the light of candles. If not, they must often have had back pains. Even our camera man was struggling to follow us and we often had to take a break to let him catch his breath!

Don’t forget to bring some chewing gum with you when you visit Vardzia. There is a special ‘bubble gum tree’ where people make a wish and stick their chewing gum to the tree. 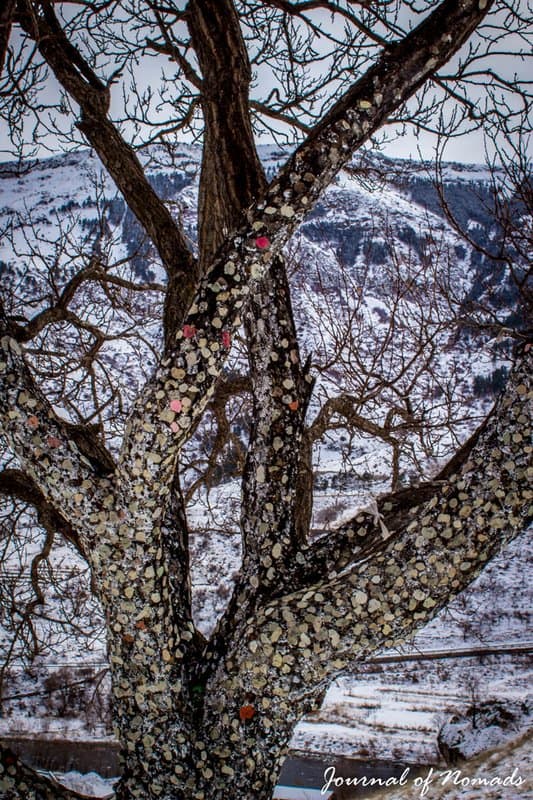 The more time we spend in Georgia, the more we get to know about the history and traditions. For every place we visit, there is always an interesting story or legend to be told! 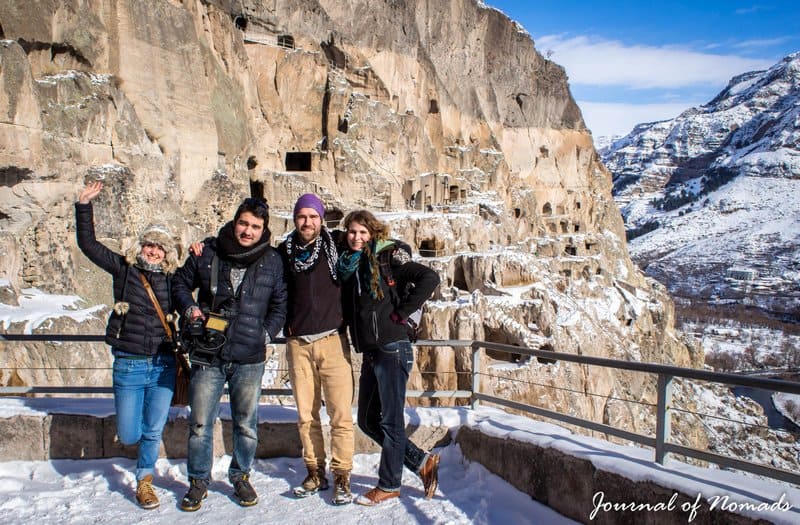 24 thoughts on “Vardzia – the ancient Cave City of Georgia”